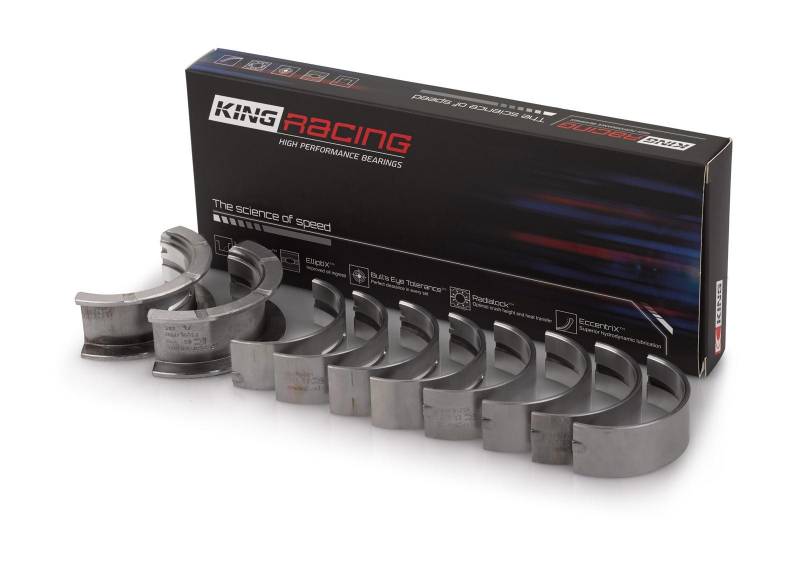 The HP series was developed mainly for drag race applications needing a material that is harder than the Babbitt top layer. These applications demanded a structure that could withstand high loads for short duration and still offer higher embeddability and compatibility. In response, KING developed the HP Series featuring the Alecular™ metal structure.

The HP series is also suited for many performance applications with nodular cast iron crankshafts, such as street, strip and some levels of circle track racing.

HP series is particularly suitable for the following cases:

When a tri-metal bearing’s Babbitt overlay extrudes over the sides, migrates to one end, or is physically removed by the crankshaft

When the intermediate layer of a tri-metal bearing is exposed, damaging the crank journal and requiring expensive grinding or replacement

When Contaminants enter the oil stream, scratching and damaging the crankshaft journals

Image For Display Purposes Only. 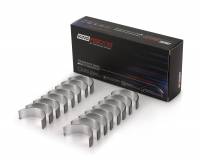 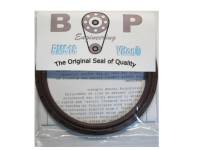